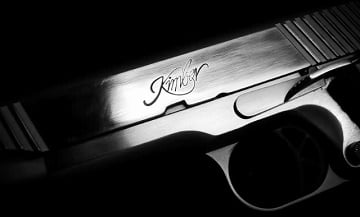 kimberkid Member Posts: 8,857 ✭✭✭
February 2006 edited March 2006 in General Discussion
I've been wanting a AK type rifle in 22LR ... there's not much out there except the Armscore which has been around forever its cheap ... looks and feels it too. Then recently there was the "Krinker Plinker" ... a $300 kit to convert a 10-22 which is a $500 investment if you start with a new rifle ... 25+ round mags are plentiful, but I didn't like the looks of them either.

Then a couple weeks ago while perusing the AK listings here on GB I came across this Romanian RPK Trainer in 22LR for $380 after shipping and transfer. It was NIB, plus I already had a scope and bi-pod ... hope it shoots as good as it looks!

Now to find at least 1 more mag [^]
If you really desire something, you'll find a way ?
? otherwise, you'll find an excuse.
0 · Share on FacebookShare on Twitter