Missing the conspiracy with Hillary ? 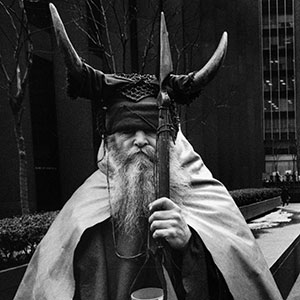 
US Secretary of State Hillary Clinton's admittance to the New York-Presbyterian Hospital Monday, Dec, 31 - with a blood clot caused by concussion - gave wings to a cloud of rumor and conspiracy theories surrounding her state of health. The hospital, where Saudi King Abdullah was also treated two years ago, stated that the Secretary was receiving anti-coagulents and her condition would be assessed after 48 hours.

However, NBC television's medical correspondent Robert Bazell was skeptical about the blood clot being caused by an earlier concussion because, he said, it if were, it would not be treated with anti-coagulents. "So either it's not really related to the concussion and she's got a blood clot in her leg or something, or there's something else going on that we're not being told."

Speculation about her condition started flying about in early December, when she cancelled without notice, her participation in the Friends of Syrian forum in Marrakesh on Dec, 6. Not only was she one of the founders of this forum, but her presence was vitally needed at the time because NATO and Washington were picking up suspicious movements of the Syrian army's chemical weapons, which marked a disastrous turn in the Syrian conflict.

She was first reported to have come down with flu and, three days later, on Dec, 9, with a stomach bug.

On Dec. 10, the day before she was due to testify before the Senate Intelligence Committee on the September 11 terrorist attack on the US Consulate in Benghazi - in which Ambassador Chris Stevens and three other US diplomats lost there lives - the State Department which has been heavily under fire over the episode, announced that Clinton had sustained a concussion after fainting out from dehydration.

None of the details normally released in such cases, such as when exactly she fainted, the seriousness of the concussion she suffered or how she was being treated, was offered. A State Department source was only willing to say it was "not severe."

According to another unofficial report, she was apparently working from home. No one in the office appeared to have been delegated her functions although the secretary herself has not been been absent for three weeks.

Then, Friday, Dec. 21, President Barack Obama announced the nomination of Massachusetts Senator John Kerry as next Secretary of State. Clinton had made it known for some time that she intended stepping down at the start of Obama's second term of office. It was reported that she had talked to the president and Kerry, and commended the senator as having proven his mettle in a long and wide-ranging military, political and diplomatic career. Nothing was said on this occasion about her state of health.

But around Tehran and the Gulf Emirates, debkafile was already picking up insistent rumors claiming that Clinton was seriously injured while on a secret mission in the region in the first week of December. Some claimed that in the same incident, Americans in her party - advisers and security personnel - were either injured or killed. Those rumors did not say what her secret mission was. However, the episode described occurred shortly after Dec. 1, when, as debkafile reported at the time, Obama administration officials and senior representatives of Ayatollah Ali Khamenei launched secret talks on Iran's nuclear program.

Although our sources have not identified the negotiators on either side of the table, one of the theories floating around certain capitals claimed that Hillary Clinton three weeks ago was on her way to a secret meeting with President Mahmoud Ahmadinejad in regard to those negotiations. The plane carrying her from Bahrain logged its destination as Baghdad, but is described as having changed direction in midair and headed for Ahvaz, capital of the south Iranian province of Khuzestan. There, it was said, the Iranian president was awaiting her arrival. But then the plane ran into technical trouble and made an emergency landing and that was when she was injured, according to this theory.

The unexplained death of Commander Job Price, 42, SEALs commander in Afghanistan is tied by some of the speculation to that incident. At the time, the Pentagon reported that his sudden death on Dec. 22, in Uruzgan, Afghanistan, was under investigation. It is now suggested that Commander Price was head of the security detail attached to Clinton for her Iran mission and he was one of the casualties of the accident.

In the nature of things, the impact these kinds of rumors have lingers even when they are officially denied - especially given Secretary Clinton's unusually long absence from the public eye. The medical report promised Wednesday after she is monitored at the hospital for 48 hours to assess her condition, "including other issues associated with her concussion," is tensely awaited. After that, said the hospital announcement, "her doctors will determine if any further action is required."

Clinton, known as the most traveled Secretary of State in US diplomatic history, has been in the international spotlight since 1992 when her husband Bill Clinton was elected president and she became first lady. She then served in the US Senate and later ran for the presidency against Barack Obama.
"Anger has two children -.hope, and courage." Augustine, Bishop of Hippo