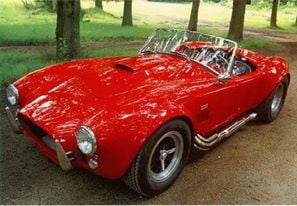 Pennsylvania's requirement that buyers provide a Social Security number to purchase a gun or obtain a concealed-weapons permit was struck down yesterday by a federal judge.

"This issue has been largely overlooked in Pennsylvania and other states for a long time," said lawyer J. Dwight Yoder, who brought the case on behalf of a retired U.S. Army officer from Lancaster. "This ruling is about privacy, not guns. We weren't looking to circumvent gun laws."

Lawyers for the Pennsylvania State Police are reviewing the decision and considering an appeal, spokesman Jack Lewis said. By requiring applicants to provide Social Security numbers, Lewis said, his agency "simply has followed the requirements of the state's Uniform Firearms Act."

The wider impact of yesterday's ruling - whether, for example, other Pennsylvania Social Security requirements would be deemed invalid - was uncertain.

One reason is that there are two large exceptions to the Privacy Act's protection of Social Security numbers. The act does not apply to state and local government programs specifically exempted by federal law, such as driver's license applications, or to programs from before 1974, such as voter registration.

Sanchez's ruling noted that the right of privacy as to Social Security numbers exists under a federal law, not as a right the U.S. Supreme Court had interpreted as protected by the Constitution.
Still, Robert Ellis Smith, publisher of the Privacy Journal in Providence, R.I., said yesterday's ruling was "significant because it comes at a time when most government agencies are requiring more and more information from people."

"The decision is part of a trend in the last 10 years as courts realize the importance of keeping Social Security numbers confidential because of identity theft," Smith said. Smith, who is also a lawyer and journalist, was a paid expert for Michael Stollenwerk, the retired Army officer who brought the case in federal court in Philadelphia.

Stollenwerk said yesterday he hoped the ruling would inspire others to challenge government demands for Social Security numbers. He also said he hoped it would encourage local and state officials to review application requirements.

"A lot of state governments have blown off this law," said Stollenwerk, now a law student at Georgetown University. "I think someone had to stand up to the government and say, 'I'm going to challenge this.' "Stollenwerk, 42, has pressed the matter on gun permits in other states, he said. In California, without going to court, he said, he was able to convince state authorities that their gun-purchase law violated the Privacy Act. In Virginia, he said, he was victorious in state court.

Stollenwerk began his Pennsylvania effort in June 2003, when he was still an Army lieutenant colonel based in the Washington suburbs.
On June 30, 2003, Stollenwerk tried to buy a Taurus revolver from US Prospectors Sporting Goods in Columbia, Lancaster County.

A few days later, Stollenwerk tried to apply for a concealed-gun permit from the Lancaster County sheriff. He supplied his passport, driver's license, voter-registration card, bank statements, and utility bills as identification. When he refused to disclose his Social Security number, Sheriff Terry A. Bergman denied him a license to carry a firearm.

Bergman referred calls yesterday to his attorney, David Karamessinis, who could not be reached for comment.