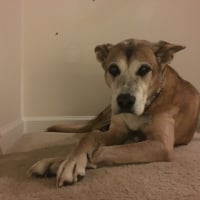 There were these two college roomates, one sort of a a-hole type party boy (not me) and his pretty boy, super- neat, cat owner roomate (definatley not me.)
Well the party boy cleans out the neat boys cat's litter box for the 1st time, it was annoying him

annoyed by this comment party boy (saying nothing) cleans the litter box again the next day.
this time the pretty boy says "I 'm starting to worry about fluffy, she did not poop again today"

The next day same thing, but pretty boy says "we are going to the vet if Fluffy does not poop today."

So the party boy clean out the litter box, but takes a dump in it himself!
the pretty boy was shocked at what his Fluffy had done!
0 · Share on FacebookShare on Twitter