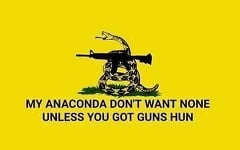 And on the seventh day the Lord did walk close to his Thunderbolt, and it came to pass that he popped the hood, to gaze upon the 427 He had created, and He saw that it was good. There were 8 venturis upon the aluminum intake, gilded flags upon the aluminum fenders, and this too was good.

So the Lord closed the blessed hood and did drive from the garden of Dearborn, until He came to the house of Chevrolet, where Satan was again lamenting that his camshaft had once again walked through the tin can timing cover.

And the Lord didst ask "Why art thou persisting with such mechanical heresy? Turn thee to the light, and see that the Oval is Blue".

And Satan grunted, for his waterpump-on-a-stick didst fall upon him, he was of foul humour, and he knew that weak small blocks and rear-mounted distributors would not cure the ills he had passed upon gullible men.

Seeing this, the Lord didst spin His tires all the way into 4th gear, and lo Satan was enshrouded in a curious blue mist that not being of oil, didst confuse him, and he was unable to see the light through the heavenly cloud of burning rubber, and the smell of leaded race fuel.

And so it came to pass that Satan remained loyal to the house of Chevrolet, wasting away whilst his manufacturing facilities churned out engine blocks cast from recycled Corona bottle caps.

[:D][:D][;)]
An unarmed man can only flee from evil, and evil is not overcome by fleeing from it.
0 · Share on TwitterShare on Facebook