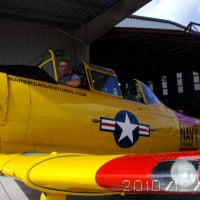 savage170 Member Posts: 37,299 ✭✭✭✭
August 2011 edited September 2011 in General Discussion
This is truly a heartwarming story about the bond formed between a little girl and some construction workers. This makes you want to believe in the goodness of people and that there is hope for the human race.

A young family moved into a house next door to a vacant lot. One day a construction crew turned up to start building a house on the empty lot. The young family's 5-year-old daughter naturally took an interest in all the activity going on next door and started talking with the workers. She hung around and eventually the construction crew, all of them
gems-in-the-rough, more or less adopted her as a kind of project mascot.

They chatted with her, let her sit with them while they had coffee and lunch breaks, and gave her little jobs to do here and there to make her feel important. At the end of the first week they even presented her with a pay envelope containing a dollar. The little girl took this home to her mother who said all the appropriate words of admiration and suggested that they take the dollar pay she had received to the bank the next day to start a savings account.

When they got to the bank the teller was equally impressed
with the story and asked the little girl how she had come by her very own pay check at such a young age. The little girl proudly replied, " I worked all last week building a house with a construction crew." "My goodness gracious," said the teller, "and will you be working on the house again this week, too?"

The little girl replied, "I will if those useless, sums-a-beaches at
Home Depot ever bring us any drywall that's worth a sheet!"
0 · Share on FacebookShare on Twitter