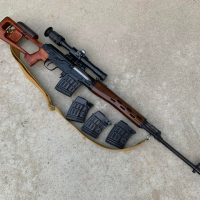 0oAKo47o0 Member Posts: 409 ✭✭
July 2018 edited July 2018 in Ask the Experts
First Gen BP colt all matching with the addition of a fake US contract stamp and the initials CFG on the bottom of the trigger guard. How much does this devalue the gun?
0 · Share on FacebookShare on Twitter