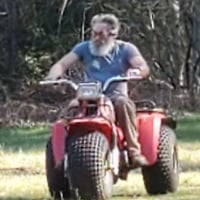 yblockhead Member Posts: 923 ✭✭✭
May 2014 edited May 2014 in Ask the Experts
Looking for a DOM for a Smith & Wesson Military and Police revolver. The standard catalog of Smith & Wesson dates it between 1940-1945. Trying to narrow down the year. S/N 83813X.
Thanks!
0 · Share on FacebookShare on Twitter