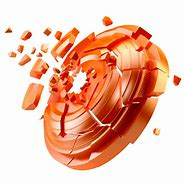 BobJudy Member Posts: 5,611 ✭✭✭✭
March 2019 edited March 2019 in General Discussion
Most of you have seen all of the new wonder drug ads on T.V. To make a long story short, after a year and a half of seeing several Doctors about a painful condition that I developed they decided to put me on Humira. The condition is called hidradenitis supperativa. Don't ask me how that is pronounced because all 3 docs said it differently. I can now see why they can afford all the advertising. One self administered shot per week for the foreseeable future will run about $130,000 per year. Each one of those prefilled, single use pens costs about 2500 bucks. Keep in mind this isn't a cure but only a treatment of the symptoms. Luckily with my insurance most of the cost is covered but these drugs must drive up everyones premiums a bit. I started the treatment at the Docs today with 2 shots. Took about a minute and had 5 grand worth pumped in me. Told not to expect results for several weeks. You would think for 5 grand they would work a little faster or at least the nurse would have been cuter. Oh well enough ranting. I guess it will be worth it if Humira works. By the way hope none of you ever develops this as it really sucks. Bob
0 · Share on FacebookShare on Twitter