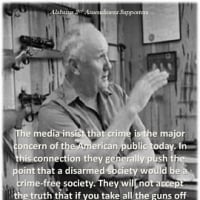 Mr. Perfect Member Posts: 59,203 ✭✭✭✭
June 30 edited June 30 in General Discussion
I didn't want to tread on FCD's post so I thought I'd share my own journey, via pictures mostly. It all started because the kitchen we had was tiny. It had granite tile that was dark and... well.. tile.  We both prefer contiguous surface counter tops but have not actually had that in our home for a while.  Like FCD, we had a peninsula that had a raised level that just didn't quite work as a bar, and the sink was so small the raised level didn't end up hiding any dishes left in it.
Given our home's layout, the only option was to build out. Since the direction we were going to build out was pretty open, we decided to just run the addition the length of the house (from that point back... hopefully, the pictures will clear this up a bit) 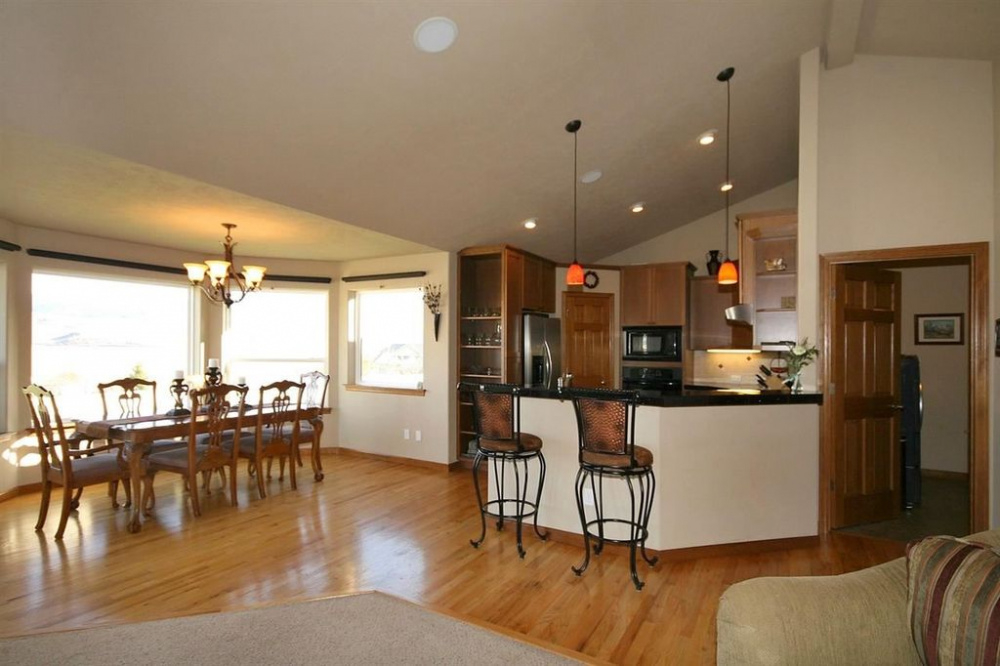 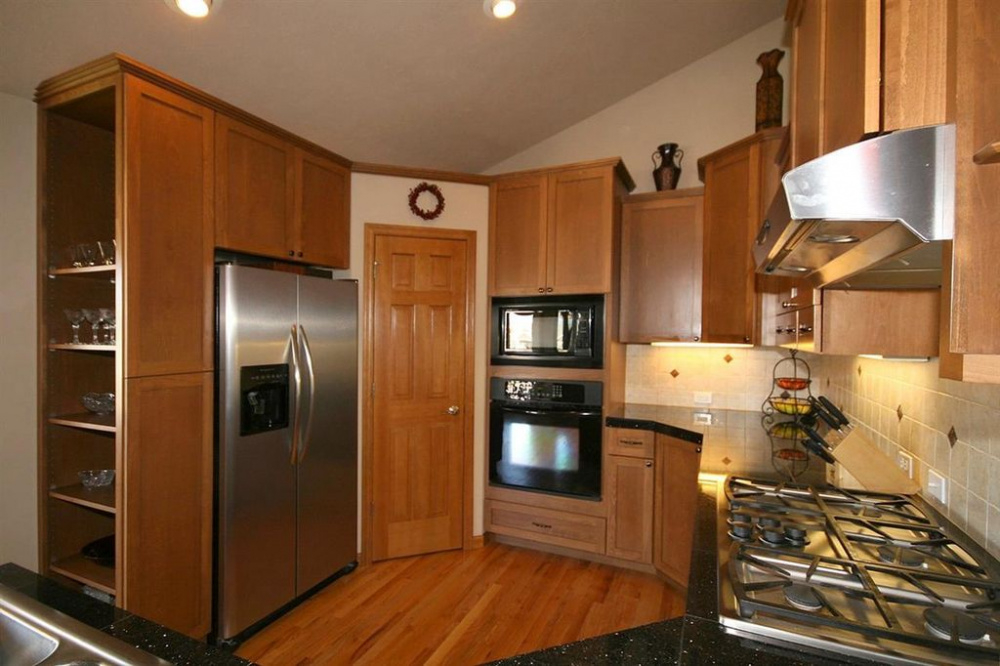 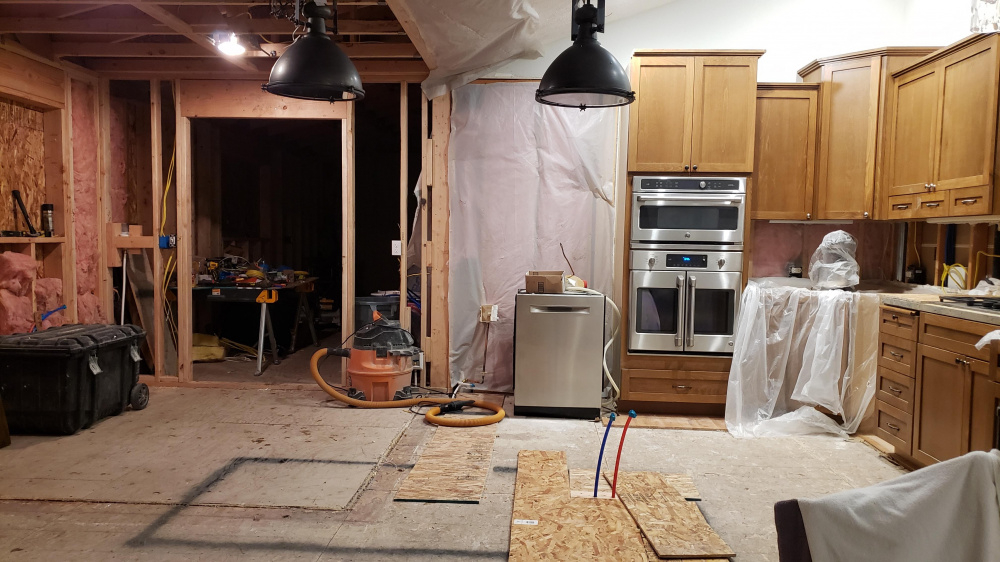 This was the only bit of Kitchen we had for a couple months: 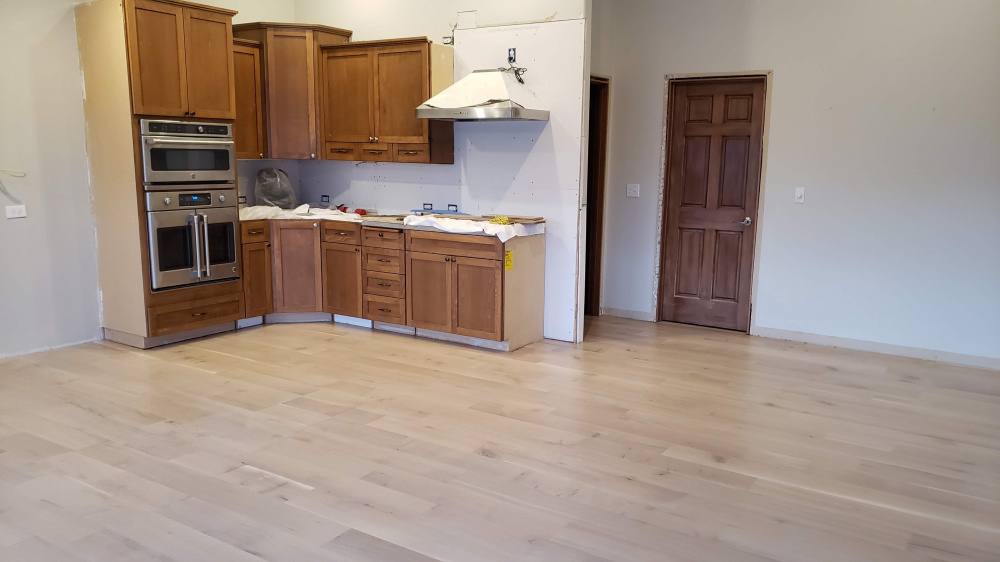 All new flooring was part of this project. This is solid white oak with a whitewashed "Norwegian style" acrylic top finish. 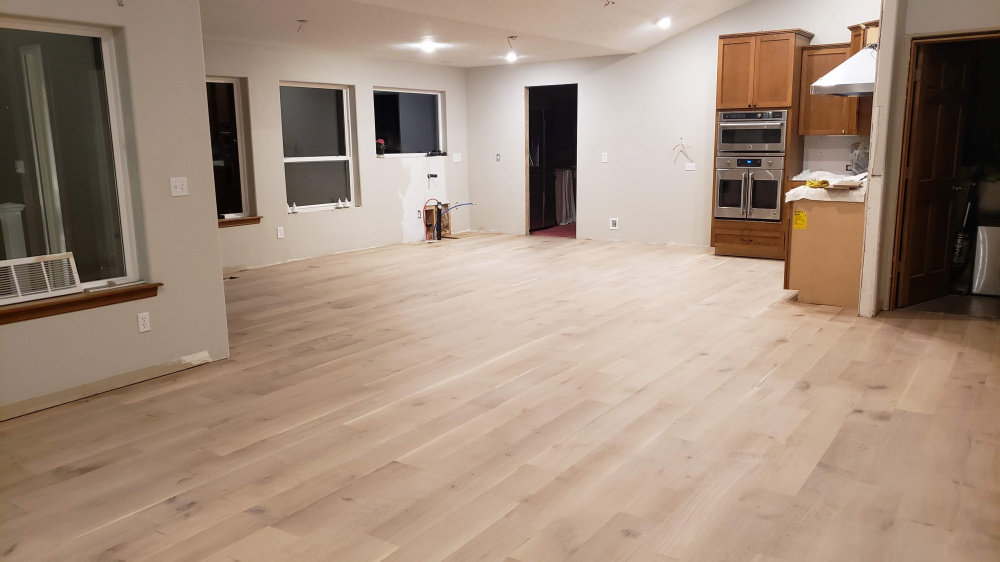 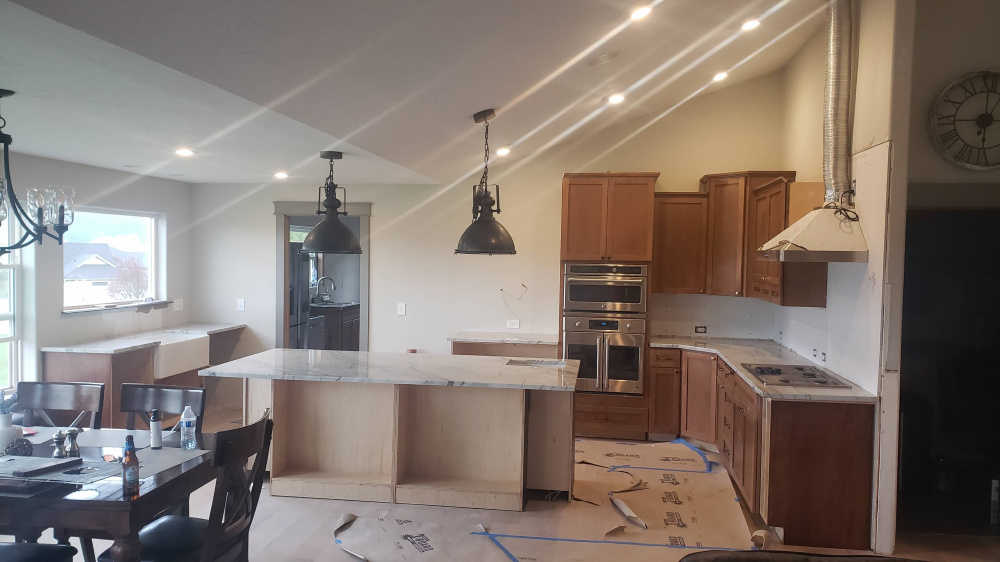 @Flying Clay Disk , we also went with quartzite and I love it!: 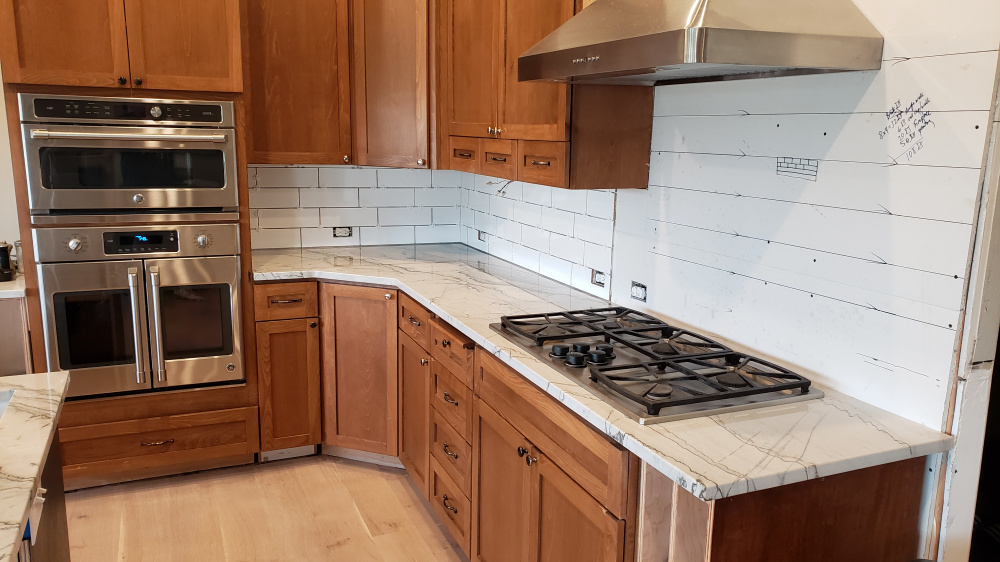 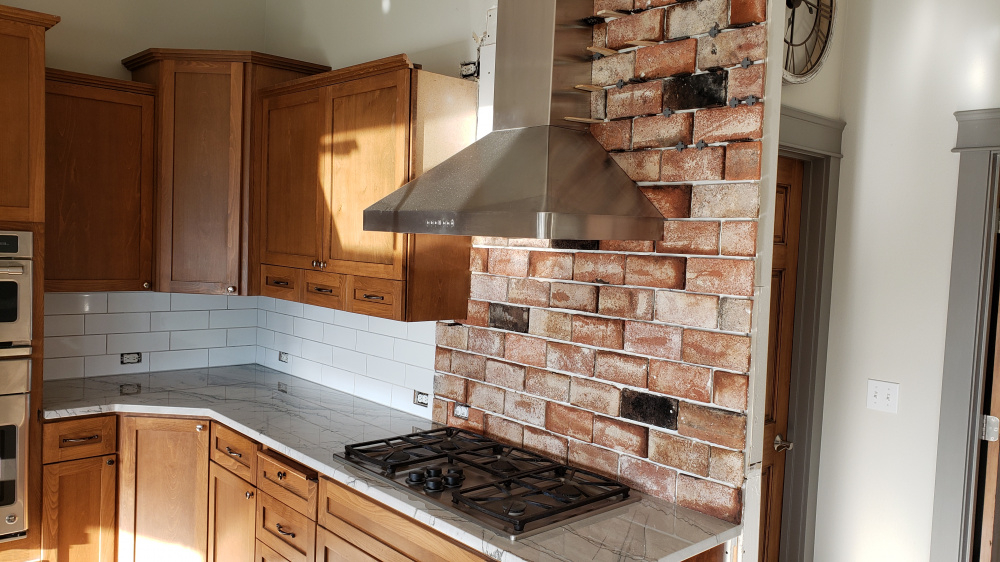 I don't have any pics of it yet, but the doorway at the back that you see leads to a butler's pantry. We brought the spare fridge in from the garage and put it in there, and got an upright freezer to replace the huge chest freezer still sitting in the garage.  There will be counters, a sink, a desk area, and lots of shelving, as well as a small mud room area at the far end, inside that space. Just last Friday they delivered the cabinet bases for the pantry.  The door to the pantry will swing both ways, like a door to the kitchen at a restaurant.
There are still some upper cabinets to be installed in the main kitchen area. Still a ton to do!