The swine flu vs the china virus 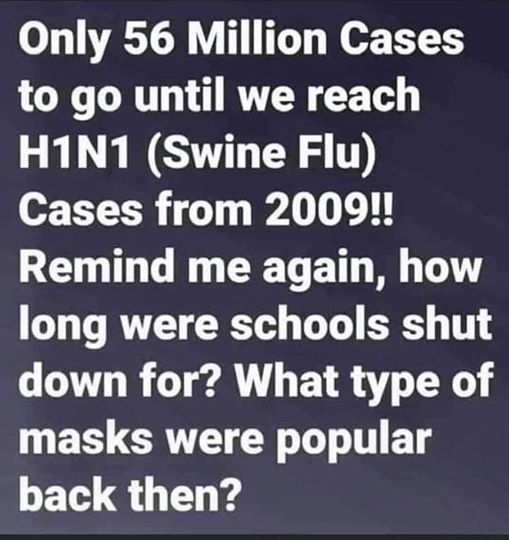 "This country, with its institutions, belongs to the people who inhabit it. Whenever they shall grow weary of the existing government, they can exercise their constitutional right of amending it, or exercise their revolutionary right to overthrow it." Abraham Lincoln
0 · Share on TwitterShare on Facebook