The Democrat-led House on Friday approved a four-bill “minibus” spending package for fiscal year 2021, worth $259.5 billion, over the objections of Republicans, who all voted no.

Lawmakers voted 224-189 to approve HR 7608, the appropriations package that consists of four separate bills, which provide funding for state and foreign operations, agriculture, interior and environment, and military construction and veterans affairs. Seven Democrats and one Independent joined Republicans in voting against.

The package provides $10.1 billion for defense and $201.1 billion in non-defense funding, along with $350 million for overseas defense and $8 billion in overseas non-defense funding, including $3.55 billion for assistance to foreign countries, according to a division-by-division summary (pdf). It also includes “specifically restoring funding for the World Health Organization, which President Trump has threatened to cut off,” the summary states.

Trump ordered a freeze of U.S. funding to the WHO in April and moved to formally withdraw from the organization in May, after he and top officials increasingly vocalized displeasure with the United Nations body over its handling of aspects of the pandemic, including the WHO’s praising of the Chinese Communist Party’s response to the outbreak in China despite evidence showing the party manipulated numbers and hid details about COVID-19.

In passing the bills, lawmakers rejected deep cuts proposed by President Donald Trump to the State Department and the Environmental Protection Agency, while blocking the president from using military construction funds for a border wall and barring drilling in parts of the Arctic. 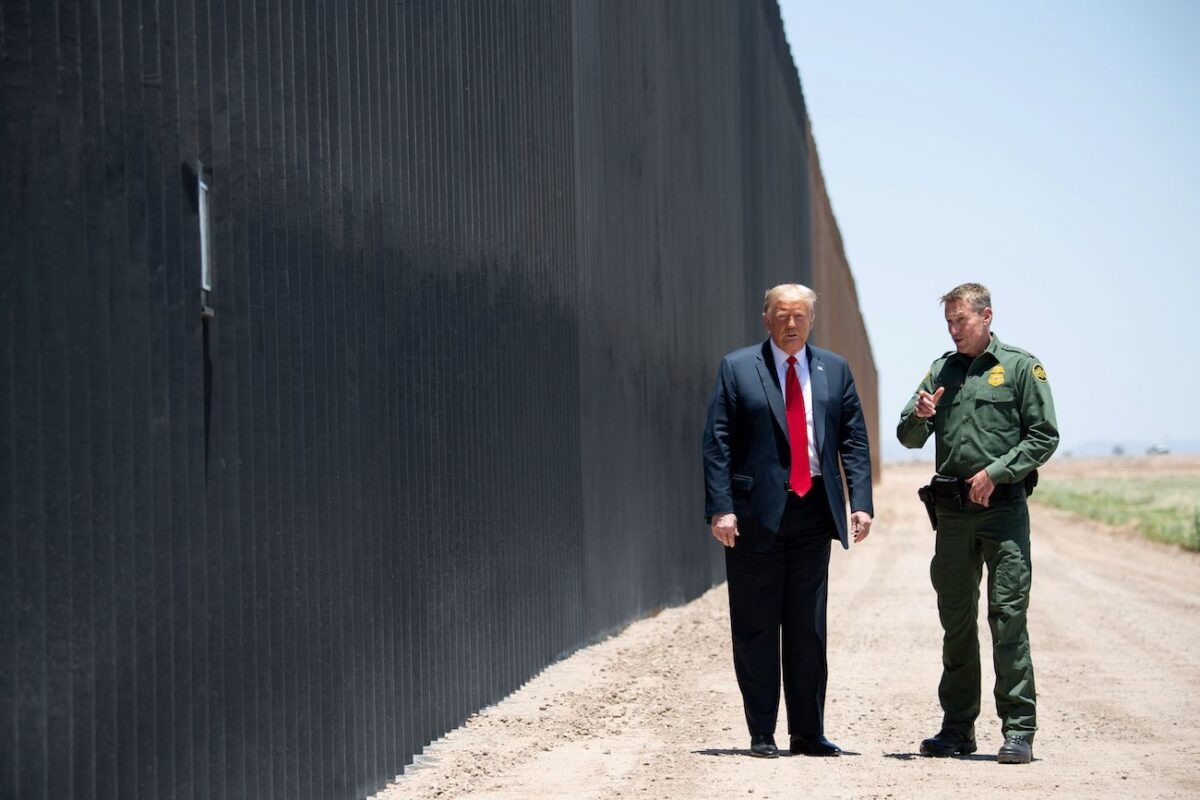 President Donald Trump speaks with Border Patrol Chief Rodney Scott (R) as they participates in a ceremony commemorating the 200th mile of border wall at the international border with Mexico in San Luis, Arizona, on June 23, 2020. (Saul Loeb/AFP via Getty Images)

“Today, I voted no on yet another House Democrat bill to put an end to the reckless spending of taxpayer money in Washington,” said Rep. Michael Waltz (R-Fla.), adding that the package spends billions above previously agreed budget caps.

The package also includes $37.5 billion in emergency supplemental appropriations, many of which House Democrats did not consult with their Republican colleagues on, according to Rep. Kay Granger (R-Tx.), the top GOP representative on the House Appropriations Committee.

“The bipartisan budget agreement that was made last year has been completely ignored,” Granger said in a statement. “Not only do these bills increase deficit spending, they include reckless partisan language. Our national security is jeopardized, pro-life protections are reversed, American energy production is threatened, and job-crushing regulations are added.”

Granger praised parts of the package but objected to what she said were “fatal flaws,” including provisions that undercut America’s energy independence, fail to hold multinational organizations like the United Nations to higher standards of transparency, or do away with current policies that would cut funding to foreign organizations if they provide abortions.

“This bill supports the veterans who have honorably served our country, the diplomats who promote American businesses and our values around the world, the farmers and ranchers who put food on our tables, and the custodians of our parks and public lands who protect our national treasures,” Granger said, adding that the presence of the “fatal flaws” led her to vote no.

Next week, the House will consider another funding package consisting of seven spending bills, including one that deals with immigration and border security.