Spider7115 Member, Moderator Posts: 29,705 ******
November 2008 edited November 2008 in US Military Veteran Forum
Col. John Ripley, Navy Cross recipient and my personal friend, passed away last night. Col. Ripley was the subject of over 80 books, the most popular being "The Bridge at Dong Ha", by John Grider Miller. There is a diorama of him in Memorial Hall at the US Naval Academy in Annapolis to inspire incoming plebes (new cadets) and he was featured on the cover of "Naval History" magazine showing him single-handedly blowing up the bridge at Dong Ha on Easter Sunday in 1972 under heavy NVA gunfire. He was a humble man yet a true hero and icon in every sense of the word. I - and the world - will truly miss him.

ANNAPOLIS, Md. (AP) -- Retired Marine Col. John Ripley, who was credited with stopping a column of North Vietnamese tanks by blowing up a pair of bridges during the 1972 Easter Offensive of the Vietnam War, died at home at age 69, friends and relatives said Sunday.

Ripley's son, Stephen Ripley, said his father was found at his Annapolis home Saturday after missing a speaking engagement on Friday. The son said the cause of death had not been determined but it appeared his father died in his sleep.

In a videotaped interview with the U.S. Naval Institute for its Americans at War program, Ripley said he and about 600 South Vietnamese were ordered to "hold and die" against 20,000 North Vietnamese soldiers with about 200 tanks.

"I'll never forget that order, 'hold and die'," Ripley said. The only way to stop the enormous force with their tiny force was to destroy the bridge, he said.

"The idea that I would be able to even finish the job before the enemy got me was ludicrous," Ripley said. "When you know you're not going to make it, a wonderful thing happens: You stop being cluttered by the feeling that you're going to save your butt."

Ripley crawled under the bridge under heavy gunfire, rigging 500 pounds of explosives that brought the twins spans down, said John Miller, a former Marine adviser in Vietnam and the author of "The Bridge at Dong Ha," which details the battle.

"A lot of people think South Vietnam would have gone under in '72 had he not stopped them," Miller said.

Ray Madonna, president of the U.S. Naval Academy's 1962 graduating class, served in Vietnam as a Marine at the same time and said his classmate saved countless U.S. and South Vietnamese troops.

"They would have been wrecked" if the tanks had crossed, Madonna said. He said Ripley also coordinated naval gunfire that stopped the tanks from crossing at a shallower point downstream.

"He was a Marine's Marine, respected, highly respected by enlisted men, by his peers and by his seniors," Madonna said.

Miller said Ripley, who was born in Radford, Va., descended from a long line of veterans going back to the Revolutionary War. He graduated from the Naval Academy in 1962, after enlisting in the Marines out of high school and spending a year in naval school in Newport, R.I.

He earned the "Quad Body" distinction for making it through four of the toughest military training programs in the world: the Army Rangers, Marine reconnaissance, Army Airborne and Britain's Royal Marines, Miller said. He was also the only Marine to be inducted in the U.S. Army Ranger Hall of Fame.

Ripley earned the Navy Cross and Silver Star for his service in Vietnam. He later served on the Joint Chiefs of Staff and was regimental commander at Camp Lejeune, N.C., among other postings.

After retiring from the Marines, he was president and chancellor of Southern Virginia College in Lexington, Va.

Stephen Ripley said his father had a deep and tenacious love for his country, the Marine Corps and his family.

"My Dad never quit anything and never went halfway on anything in his life," he said. "He just was a full-throttle kind of person and those people that he cared about, he really cared about." 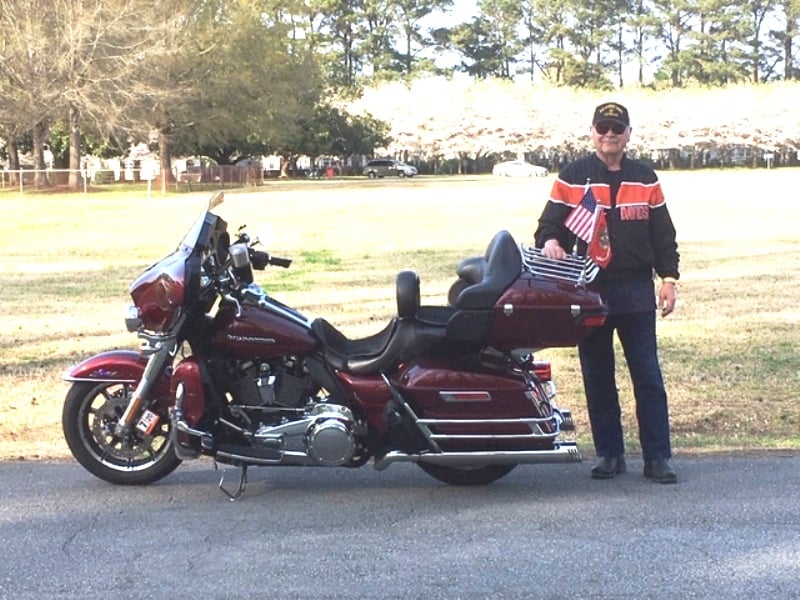