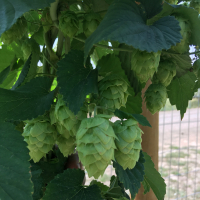 Grunt2 Member Posts: 1,491 ✭✭✭
November 2007 edited December 2007 in Perry Shooter Competition Shooting and Reloading Forum
Went to the range yesterday with a new Glock model 35..(40S&W)..Looked like conventional rifling (NOT polygonal)...After about 100-150 rounds of cast bullets we had a case rupture...Blew the mag out, broke the grip plug and the extractor was never found..When we were picking up the brass we noticed the pattern of ejected brass had slowly changed the more we shot. As the pattern shifted rearward of the shooter the pressure signs became more apparent on the brass. Thankfully nobody was standing to the right of the shooter!
I'll stay with my 1911's...
Retired LEO
Combat Vet VN
0 · Share on TwitterShare on Facebook