Electric Company Wants To Help Me... 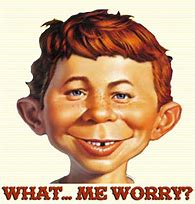 reload999 Member Posts: 3,164 ✭✭
September 2017 edited October 2017 in General Discussion
...help their profits. OK, a letter from the electric company (Gulf Power) suggests that I should enroll in "Flatbill," a fixed monthly rate for my electric service. Based on my last 12 month average of $142.50 I can enroll in "Flatrate" for only $167.24 per month. What a wonderful deal (for them). I know rates are subject to increases, but hopefully not nearly $25/mo. Who signs up for these things? [B)]
0 · Share on FacebookShare on Twitter