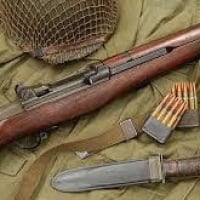 mark christian Forums Admins, Member, Moderator Posts: 24,511 ******
March 2019 edited April 2019 in General Discussion
This was by far my most ambitious vacation, but because I was on a cruise ship the logistics were actually quite simple. Food, bed, and travel from one destination to the next was all taken care of; I didn't have to do a thing other than enjoy the sights. You can see the itinerary for the first leg here:

The trip began with a 20 hour flight to Australia. Oz is an enormous country, about the size of the CONUS, but with a population of around 25 million, most of whom are scattered along the coastline. I can't say enough about how friendly the Aussies are; as well as being helpful to tourists, whose visits generate a good deal of money. Wildlife, both land an marine, are what the typical tourists want to see, but I'm not really interested in either. I'm especially nervous about the sharks, jellyfish and crocodiles which are common. The beaches are nice and despite the water being bathtub temperature, I didn't go into the ocean at all!

Here I am at Sydney Harbor after 20 hours in the air. The Opera House and the bridge are two of the city's famous landmarks:

The Norwegian Jewel, which would be my home for the next 31 days:

The Jewel is a nice ship, holding about 2500 passengers, which is about half the size of the "Megas" which Norwegian is now building. The food was great, the drinks were always cold, and there was plenty of entertainment on board, including some really good shows. When we crossed the equator there was a crossing the line ceremony, which I'll detail later.

It was a great trip and I had a lot of fun. With 2500 people on the same ship for such an extended amount of times it was really like a small town. I became friends with a lot of great people and many of us would met up for breakfast or lunch and then have a few drinks before dinner...and quite a few after!

F1 qualifying is happening in a few minutes so I'm going to break away and after lunch I'll continue with Australia.
0 · Share on FacebookShare on Twitter