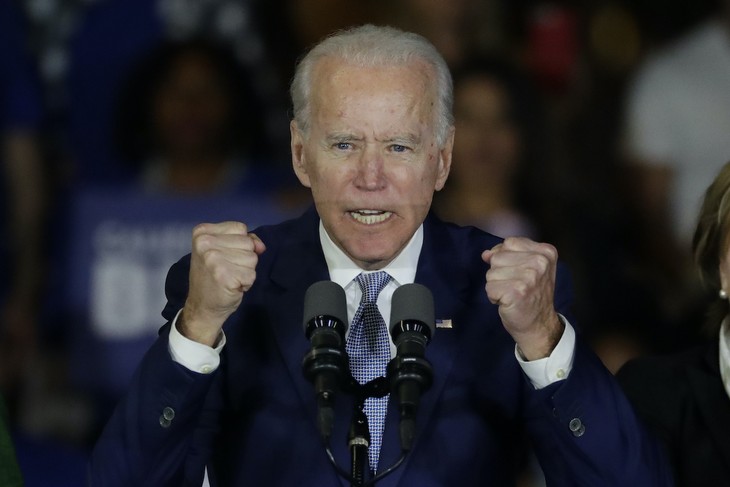 A 1996 court document reveals that Tara Reade, a former Biden staffer, told her ex-husband she was sexually harassed while working in Joe Biden’s office in 1993. The document was obtained by The Tribune in San Luis Obispo, California.

Reade’s then-husband, Theodore Dronen, made the court declaration, writing that Reade told him about “a problem she was having at work regarding sexual harassment, in U.S. Senator Joe Biden’s office.”

According to Dronen, Reade told him she “eventually struck a deal with the chief of staff of the Senator’s office and left her position.”

“It was obvious that this event had a very traumatic effect on [Reade], and that she is still sensitive and effected (sic) by it today,” Dronen wrote.

“The affidavit from Ms. Reade’s ex-husband is further support that Ms. Reade was sexually assaulted and sexually harassed by then-Senator Joe Biden,” Reade’s attorney, Douglas Wigdor,  said in a statement to The Tribune. “Ms. Reade’s account of what happened will shortly be aired in an interview by Megyn Kelly and I am confident that the American public will see her genuine veracity.”

This is now the second time Reade’s claim has been supported by evidence. Previously, She had claimed that her mother had called in to Larry King Live anonymously in 1993 to ask for advice on how her daughter should handle her situation. The Media Research Center found the clip in their archives, proving that part of Reade’s story.

It seems as though it’s going to be a lot more difficult for Democrats to turn a blind eye to Reade’s claims, and for Joe Biden to deny them.