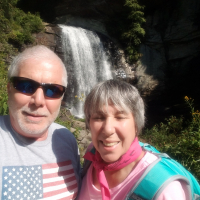 mogley98 Member Posts: 18,310 ✭✭✭✭
June 2020 in Politics
I have been wondering. What if we take ALL the statues down?
Say we call the "leaders" and we say WHAT DO YOU WANT and after they lay it all out the things we may not want to do but that are happening anyway we give them. ( I kinda get it wouldn't be cool in Germany to have a Adolf Hitler Elementary School anyway)
You want the names changed and the statues down fine.
BUT this whole agreement comes with two sides, afterwards say a few months later YOU MUST go into your own  communities and start protesting and demanding that Black lives matter to Black people. You insist that parents are held accountable for the children's grades. Crime rates need to be brought down. Black employment and wages must go up. I guess while I understand you may have things that bother you, you STILL need to own up to your own success and the desire to achieve it.
Why don't we go to school and work on the weekends and take the week off!
1 · Share on FacebookShare on Twitter