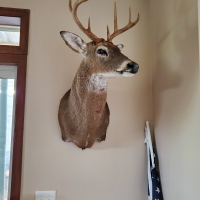 Let the cat out of the bag when he was questioned about how far left he had moved? He said he was a "transition candidate". Does he already know that he will step down just after he is sworn in should he be elected? Is this the reason for the Pelosi push reference the 25th Amendment?

Basement Biden has been known to have loose lips. Rather like a child with a secret, he can't completely hold in what he knows. The media keep implying he means he will serve only one term. I'm thinking he means if elected he will be out as soon as you can say "Bye Felicia".