Remington Arms Gets their FFL 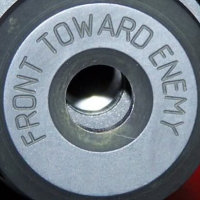 The new owners of the Remington Arms plant in Ilion have received their federal firearms license and are preparing to begin operations, according to Richmond Italia of Roundhill Group LLC.

“Our plans call for 200 factory workers and another 20 to 30 office employees,” he said in an email. Roundhill had sent out employment offers to 200 former Remington Arms workers to work at the new RemArms Company and nearly 90 percent accepted.

“As for the balance, we will just confirm that the others have not just been delayed or lost in the mail and then we will continue to offer employment to fill all 200 positions,” Italia said. “Our hopes are to consolidate in Ilion and go back to an 800-employee facility. That number is highly contingent on our negotiations with the county and the state of New York, and, of course, the union.”

Remington workers are represented by United Mine Workers of America Local 717, and union members expressed confusion about the offers they received in December to begin work at the plant again in February.

The offers said they would receive the same salaries they had been making, but there would be some changes to the health plan and workers would be employed “at will,” which could deny them due process if they were terminated for any reason.

Phil Smith, UMWA director of communications and governmental affairs, said at the time that there had been no talks with Roundhill and that companies could not legally ask union members at a facility where there is a union contract to work without that contract as a condition of employment.

Italia said Friday that the owners are in talks with the union and “hope to come to a mutual beneficial agreement for all parties involved.”

He said the offer to the employees was not conditioned on waiting for these negotiations to be complete.

“I understand people need jobs to survive,” he said. “I've been there, and I sympathize. We are willing to risk reopening the plant, even while in negotiations.”

Roundhill Group LLC purchased the Ilion operation minus the Marlin line along with the handgun barrel factory and auxiliary property in Lenoir City, Tennessee, for $13 million when Remington Outdoor Company’s assets were broken up and sold in U.S. Bankruptcy Court in Alabama.

Remington Outdoor Company filed for bankruptcy in July 2020 and announced in October that it was terminating the employment of 585 workers at its Ilion plant effective Oct. 26, and cutting off all their health care and other contractual benefits on Oct. 31.

The company also said it would not pay severance and accrued vacation benefits, as called for under its collective bargaining agreement with the UMWA. The union is fighting that decision and local union workers and supporters have conducted several rallies calling for the company to live up to its agreement. International UMWA President Cecil Roberts was in Ilion for a rally in November to assure members of the union’s support.

Donna Thompson is the government and business reporter for the Times Telegram. For unlimited access to her stories, please subscribe or activate your digital account today. Email her at [email protected]