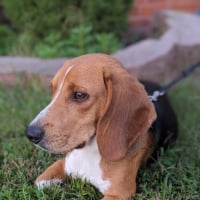 Over the years, I've noticed that a number of forum members are motorcycle enthusiasts, so I thought you would enjoy this period picture of my Grandfather's 1917 Harley Davidson. I never saw it in running condition, but as a boy, I enjoyed many imaginary adventures on it – none of which could compare to Pappy's stories. He said it would top end at 110 mph with the right sprocket, but I wonder, as (1) Google says it would top end at 65 – 85, and (2) there would be very few places in the late teens/early 20"s where he could hit those speeds. He told of working his way though Midwest brewery towns with his buddies, and each brewery they toured would give them a sample. As he established the family farm in Arkansas, the Harley was his only motorized transportation. He and Nanny would make Saturday trips to the nearest town on it with my toddler-aged dad riding between them. As you can see, even 100 years ago photographers tended to cut heads off their pics, so I included a period picture of Pappy at Camp Pike. The bike now resides with my cousin (the eldest grandson), and Harley Davidson has made several offers to buy it. It isn't for sale. 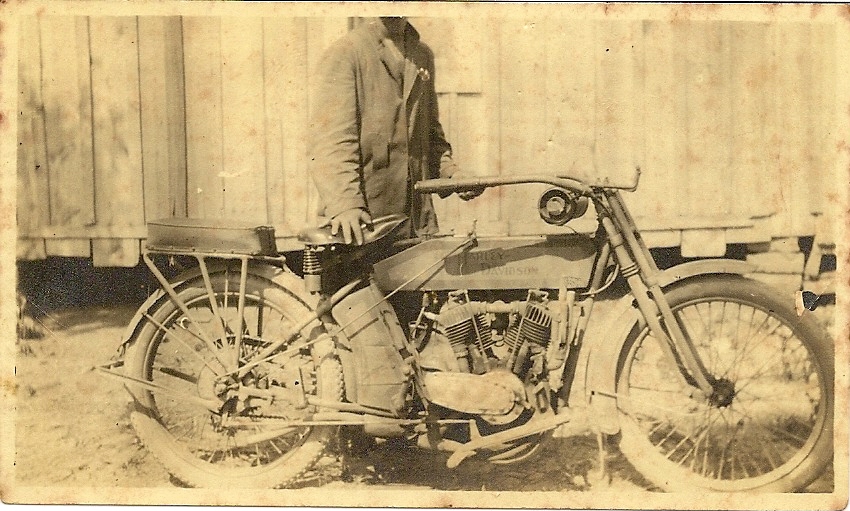 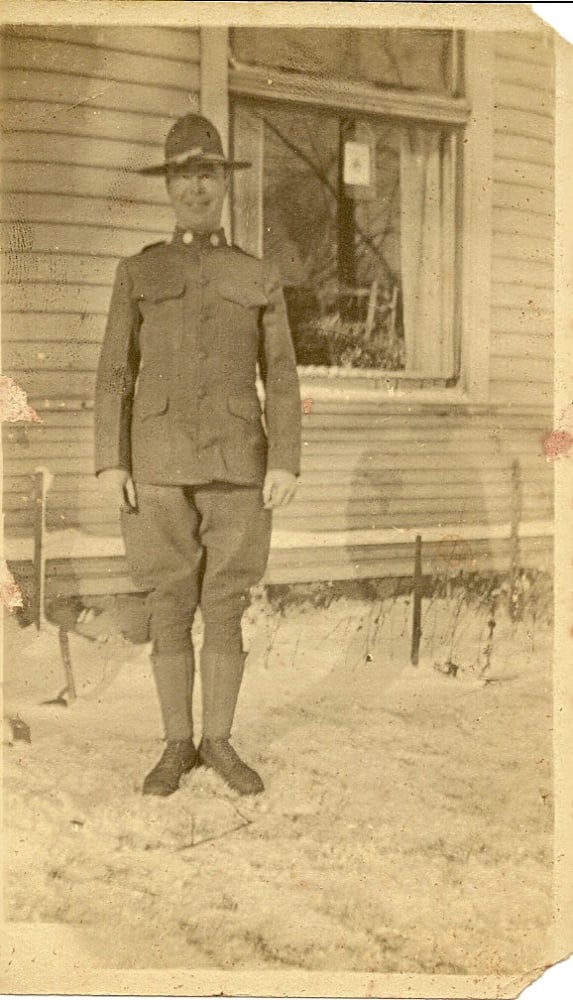