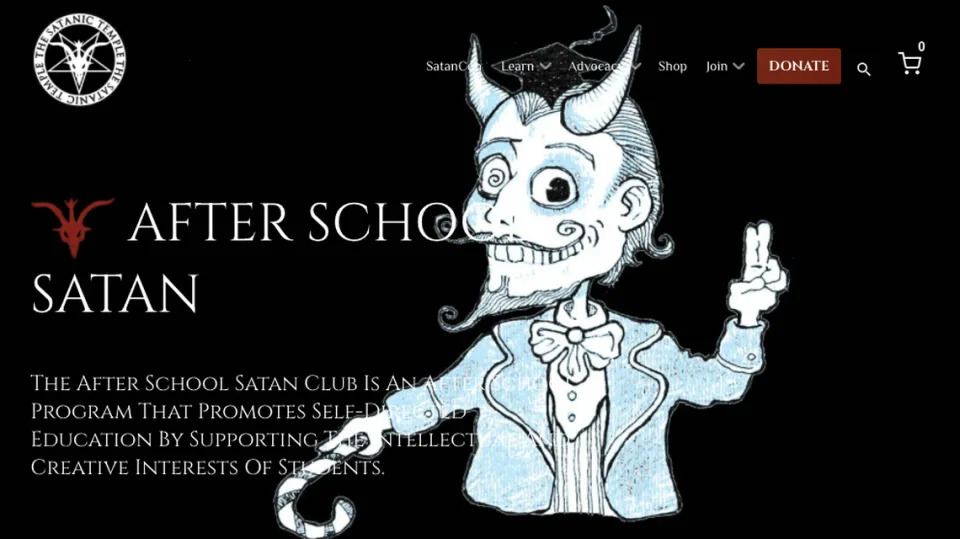 An elementary school has approved an “After School Satan Club” in California, and parents are upset, according to news outlets.

The club meets “at select public schools where Good News Clubs and other religious clubs meet,” according to the program’s website. The classes are “designed to promote intellectual and emotional development.”

Golden Hills Elementary School in Kern County’s Tehachapi approved the Satanic Temple and Reason Alliance sponsored program to begin on Dec. 5, and parents are sharing their opinions on Facebook, according to Tehachapi News.

“Administrators of the Tehachapi Raves and Rants Facebook group shut down comments overnight at least once so they could sleep,” according to Tehachapi News.

McClatchy News reached out to Tehachapi Unified School District on Nov. 21 and was awaiting a response.

A Nov. 15 letter obtained by the Bakersfield Californian and sent to parents by Tehachapi Unified School District Superintendent Stacey Larson-Everson said the district had approved the usage of the elementary school’s cafeteria to hold sessions of the “After School Satan Club.”

“By law, the District cannot discriminate among groups wishing to use TUSD facilities or distribute flyers to students based on viewpoint,” the letter said.

Sheila Knight, a grandmother in Golden Hills, understands why the club should be allowed but can’t imagine sending a child to it, according to Fox News.

“I understand the school has to allow them because they allow other after-school programs such as The Good News Club, which is a Christian-based after-school program. That one I’m OK with, but I can’t imagine why anyone would want their child to attend this Satanic group,” Knight told the outlet.

Another grandparent to a child at Golden Hills, Brenda Maher, doesn’t want her grandson to be a part of the program, according to KBAK.

“Tehachapi said ‘yes,’ and I think they made a mistake,” Maher told the outlet.

Lauren Mae, a Tehachapi mother and volunteer with the program, thought the public’s first reaction was “shock and disgust,” according to SFGate.

“There’s also a lot of confusion between The Satanic Temple and The Church of Satan, which are two different things. They definitely do seem to think that we are devil worshippers, which we are not. We don’t believe in a supernatural Satan,” Mae told the outlet.

After the 2001 Supreme Court ruling Good News Club v. Milford Central School, schools are not allowed to discriminate against religious speech if a religious organization offers a club on their premises.

The “After School Satan Club” instills seven fundamental tenets, according to its website:

Tehachapi is about 120 miles north of Los Angeles.