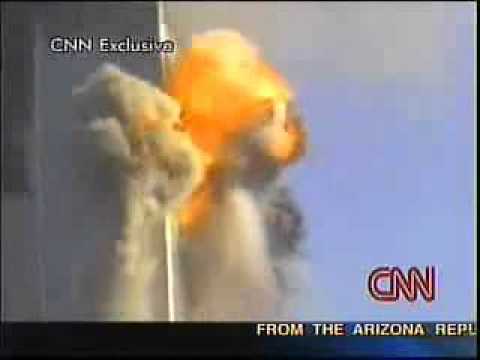 Then look at the slow mo version.

I don't know about a jet slicing through the metal but the fact the wing passes in back of a building it should be shown passing in front of said building IS proof of some funny business.

I am not saying it disproves that a jet hit the tower, but is that not slam dunk proof the media was airing footage that had been concocted before the attacks?