GunControlIsIllegal Member Posts: 4 ✭✭
August 2009 edited August 2009 in Gun Rights and Constitutional Law
Watching this video should help you tolerate my thread because the natural "boredness" that is packaged with walls of text. 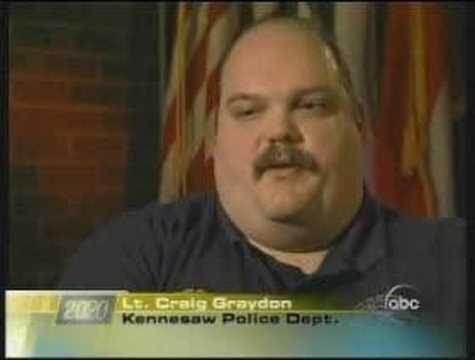 Note: Keep in mind I wrote the contents of this thread, for a YouTube video script, which I will be posting up soon, I just wanted to see what some people on some gun forums think.

Weapons Bans, and the government saying what kind of gun I can own, what my gun can look like, and where I can carry it.

So when I started writing the script for this gun control video last night, my cat surprised me by opening my door! He jumped on my lap, and proceeded onto my mouse area to roll around and get some attention, and of course he got it, so as I'm petting, and looking at my cat, I'm thinking to myself, Oh wow my cat has some evil features, just look at those claws, the demonic-like tail, the fangs, and the bat-like ears. Should my cat be banned based on his "evil looks"? Should assault weapons be banned based on their "evil looks" Should Dick Cheney's picture be banned because he has evil features as well? Is America a young child? Do we really need a parental block on evil looking things? Perhaps we should look at some


Should any gun have restrictions, such as an "assault weapon," or even a full auto weapon on it? If you say yes to this question, you want a tyrannical government. Lets see why:

"A well regulated militia being necessary to the security of a free State, the right of the People to keep and bear arms shall not be infringed."

Definitions of words used in the 2nd amendment, which were used to decipher it into more "Laymans terms."

('Militia', means 'arms to the standard of light infantry', which today
would include full auto arms, any semi-automatic arm, bolt action, shotgun, pistol, revolver, whatever)

Militia: a body of citizens organized in a paramilitary group and typically regarding themselves as defenders of individual rights against the presumed interference of the federal government.

A well equipped, and trained civilian military being necessary to the security of a non-tyrannical government, the right of the people, to keep and own weapons shall not be violated.


Gun control, full auto manufacture ban circa 1986, $200 full auto tax circa 1930, California gun laws, Chicago handgun gun bans, the assault weapons ban circa 1994, and others not listed is moronic, and Un-constitutional, and infringes according to the US constitutions 2nd amendment.

What makes gun control even more moronic is:


The statistics, show that gun bans are generally followed by spikes in crime rates. Not to mention that our civil rights should be sacred. This is a very dangerous threat.

In Australia, the government banned weapons in 1996, after a publicized shooting. Immediately after the ban, armed robberies rose by 73 percent, unarmed robberies by 28 percent, kidnappings by 38 percent, assaults by 17 percent, and manslaughter by 29 percent. This was reported on the Web site of the Australian Bureau of Statistics in January, 2000. Why? Because criminals are afraid of an armed law-abiding citizen. It's impossible to know exactly how often guns stop criminals, because who reports a crime that doesn't happen. Often just showing your gun will make criminals run/stop.


Lets go back to deciphering the 2nd amendment for a moment.

"A well regulated militia being necessary to the security of a free State, the right of the People to keep and bear arms shall not be infringed."


The 2nd amendment says "security to a free state" which means we have the right to have guns that have the sole purpose to kill people...That is what security is right?


Politicians, and media have already started to warp the 2nd amendment into it being for sporting purposes only. I don't think security of a free state has anything to do with sporting...


So lets think: the right to bear arms was written when everyone had basically the same type of gun, a "musket" type. Both the military/militia and civilians. It is OUR right to be able to possess the same arm as our military. And why should I not be able to use a military style rifle for sporting purposes?


Here's something to think about:

In 1791, when the US Constitution, along with the 2nd amendment were written, everyone, military, militia, and civilians had the same type of gun, a musket-type.
So today, if we want to protect ourselves from a/our government going tyrannical, the current government is denying us the right to own the same type of gun they have...Hmm, doesn't that sound a bit unconstitutional, and tyrannical?

Just think: If everyone were carrying guns no one would want to try to bleen anyone elses couch up. I would really like to see an America where all types of guns are openly carried. Infact I think a person could pull off walking down the street with a loaded illegal post 1986 full auto ak-47, sure they'll get arrested, and they would most definitely be putting themselves in harms way, but putting your self in harms way is natural thing that comes with freedom... Once that person has been taken to court, I believe they could take it to the supreme court, even under the current laws, and win, abolishing some if not all gun control laws.

QUOTE: Abraham Licoln: " The Price of Freedom is sometimes Paid for in True Patriots Blood, Gun Smoke & Bullets in order to Maintain or Restore ones Freedoms, Rights, and Liberty's."

Quote: FlyGuy - Yahoo Answers "In the early 1920's, 30's and 40's could you go into any store and purchase a full-auto Thompson. It shouldn't matter. My grandfather bought one and remembers going to the beach emptying mags and no one said a word. He said the police stopped by and he let them try it!"

GUN CONTROL INCREASES CRIME, AND SH!@S ALL OVER THE US CONSTITUTION


Is America a child? Or is America 17 years old and ready to dig into the real effing world?

I'll probably wind up editing this later because I'll find something through another read through that I would like to add or forgot to add.