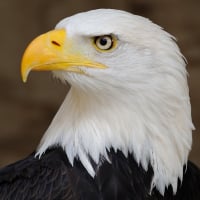 B17-P51 Member Posts: 2,185 ✭✭✭
May 2016 edited June 2016 in Perry Shooter Competition Shooting and Reloading Forum
I was given some once fired brass (saw the man fire it) from a 9mm.
The brass is stamped FN 9mm LUGER, as was the box they came out of. The cases appear to have a double wall up to the point where the powder would fill to, and the bullet would be seated to. I have loaded for 36 years and never seen anything like this. The inner wall ends .372 into the case,which is a little over bullet diameter, and there is a definite top edge to it, just as thick as the end of the case itself. They are boxer primed and size just as any other case would. I would think the smaller area where the powder would be ignited would cause excess pressure so maybe it is some kind of a +p load or something. Has anyone ever seen these before?
0 · Share on FacebookShare on Twitter