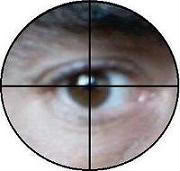 bigcitybill Member Posts: 4,841 ✭✭✭
May 2009 edited June 2009 in Perry Shooter Competition Shooting and Reloading Forum
Seeking advice for shooting 230gr. hardballs in a carbine. What powders might work at .45 ACP pressures and still burn slow enough to accelerate all the way down the bore?
Thanks, Bill
0 · Share on FacebookShare on Twitter