The breast blessed one strikes again with her wisdom 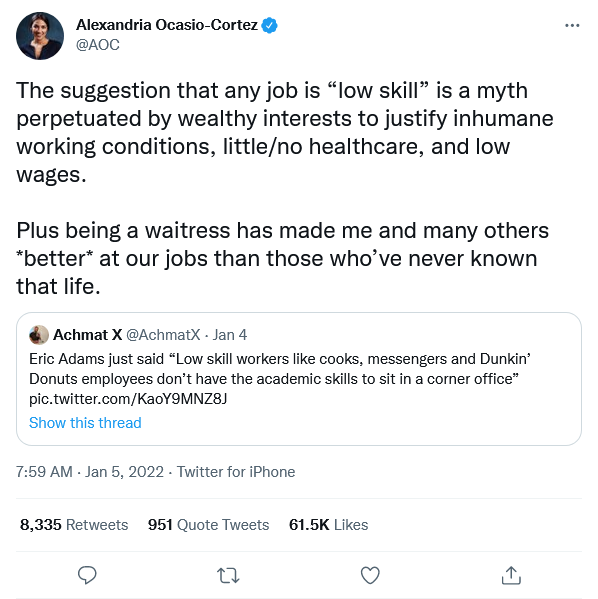 Dear lord the stupidity required to believe there is no skill spectrum. And what's worse is the thousands of replies from people that make a wet paper sack of rocks look intelligent that agree with this oxygen wasting brain amputee.