Chief Shaway Member, Moderator Posts: 6,111 ******
April 2020 in General Discussion
I shot this bird on the 19th.
23 lbs, 10 1/4" Beard, 1" spurs.
I called him in from about 500 yards.
He had a buddy with him.
I had been using diaphragm calls that my son had gotten me for Christmas.
When they got behind me, I switched to the push button call.
I've never used it. It was my Dad's. I had just put it in my vest the night before for some reason.
Every time I used it, they gobbled and came closer.
The last time I called, one was directly behind me and one to my left, which is where I was set up to shoot.
The one to left stepped out into the field and at 16 yards got a 3" load of #6 copper plated pellets from my Benelli Super 90.
great hunt and great memories. 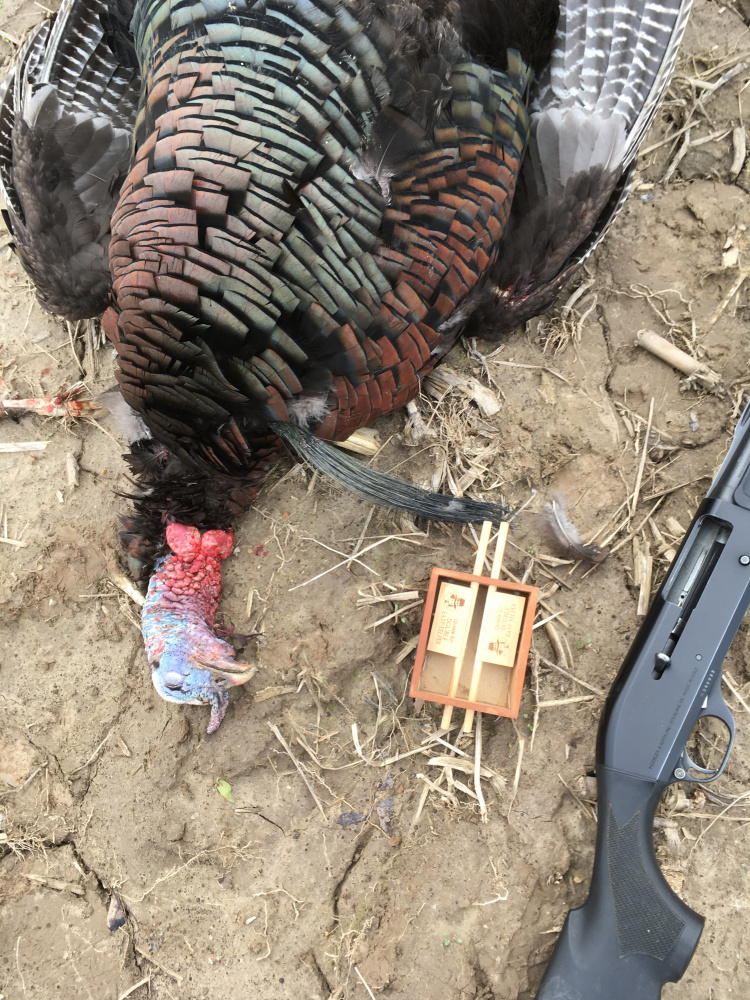 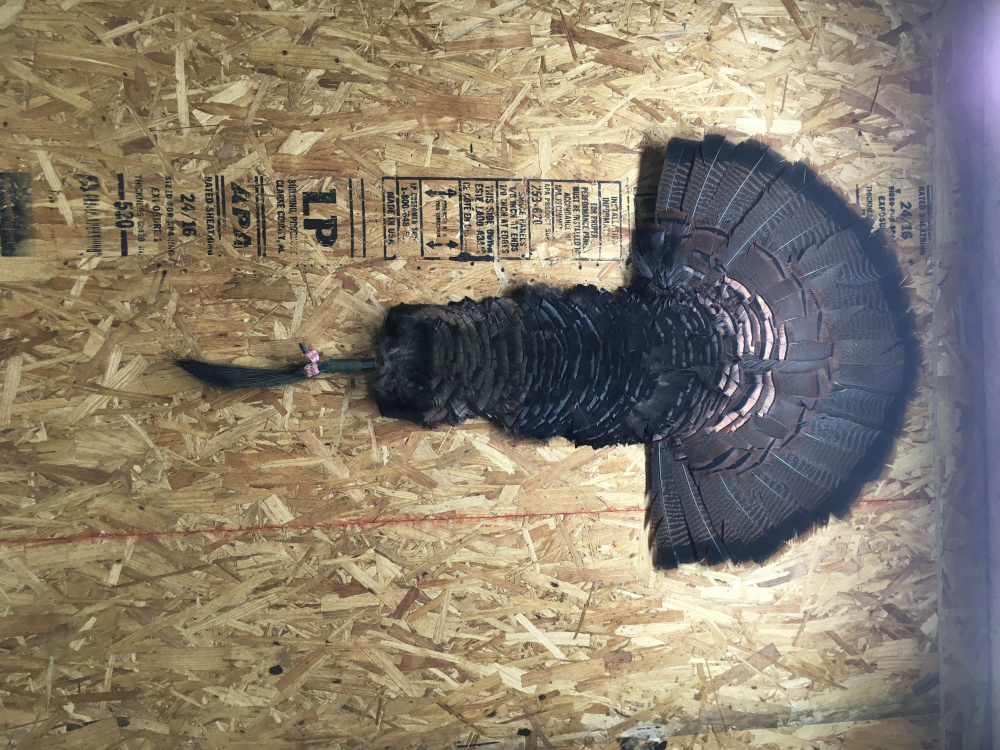