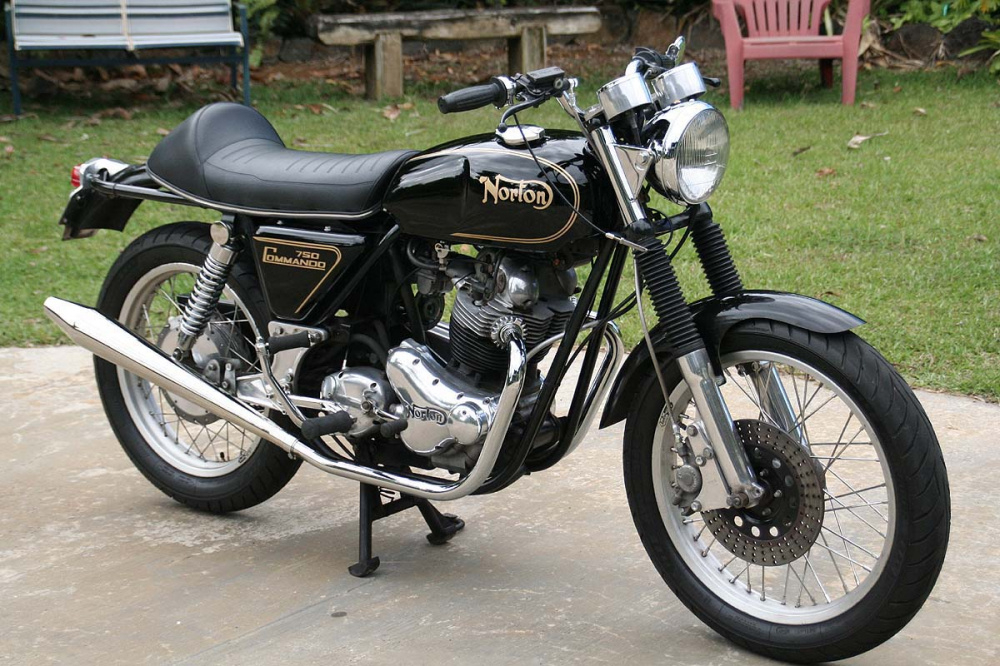 I WISH!!  Yes, I know it's English and the lights will go out on the darkest night just as your are pushing her through a corner, and the gauges aren't accurate, and it will vibrate so badly that your butt will be asleep in fifty miles. But just look at her. If she was mine she would not sleep in a dark garage. She would be in my living room. Or maybe in my bedroom. I should like seeing her first thing in the morning.