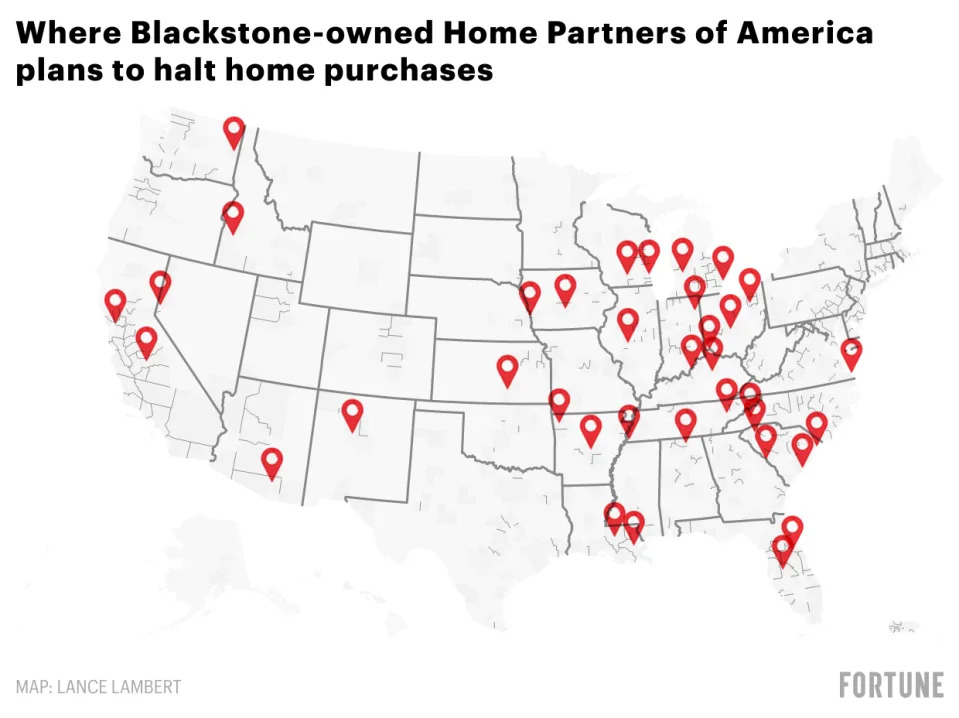 But that party is over now. Or at least on pause.

Look no further than Blackstone-owned Home Partners of America. The firm, which is one of the nation’s largest private landlords, announced on Thursday it will halt single-family home purchases in 38 U.S. regional housing markets by the end of September.

“We assessed several factors such as home price appreciation, state and local regulations, and market demand to guide our investment plans to best serve consumers. We hope to resume purchasing homes in these markets in the future,” wrote Home Partners of America in a press release.

The pullback by Home Partners of America, which was purchased by Blackstone for $6 billion in 2021, comes as average joes and investors alike put their homebuying plans on hold. The result isn’t pretty: On a year-over-year basis, existing home sales and new home sales are down 20.2% and 29.6%, respectively.

The announcement by Blackstone-owned Home Partners of America also comes just as more Wall Street firms are realizing that the intensifying housing correction could translate into falling home prices. Last week, Fitch Ratings released a report finding that U.S. house prices are at risk of falling up to 15%. This week, Moody’s Analytics downgraded its outlook for U.S. house prices—projecting that a 5% to 10% price cut could manifest.

That raises the question: Are deep-pocketed Wall Street firms simply pausing their buying plans because they think better discounts (i.e., falling prices) await? After all, firms like Blackstone have made it clear that long term they want to own more—not fewer—single-family homes.

If a recession hits, Moody’s Analytics thinks significantly “overvalued” markets like Boise, Reno, and Spokane could see home prices fall between 15% to 20%. Those at-risk markets are also among the places where Home Partners of America plans to halt purchases. Some other “paused” markets—including Deltona, Fla., and Columbus—are also at risk. Some others aren’t. In fact, Moody’s Analytics thinks home prices will go higher in Cincinnati.

View this interactive chart on Fortune.com

While Home Partners of America plans to back off in 38 markets, it doesn’t plan to completely stop buying. In total, it operates in 76 regional housing markets. This pause affects only one in two of those regional markets. But if you look at Home Partners’ buying activity, these paused markets represent an even smaller share. At least that’s according to Blackstone.

“We and Home Partners remain fully committed to expanding access to homeownership and continue to actively purchase homes on behalf of our residents in more than 20 of the highest growth markets in the U.S. We are pausing in markets that represent less than 5% of our recent activity,” a spokesperson for Blackstone tells Fortune. 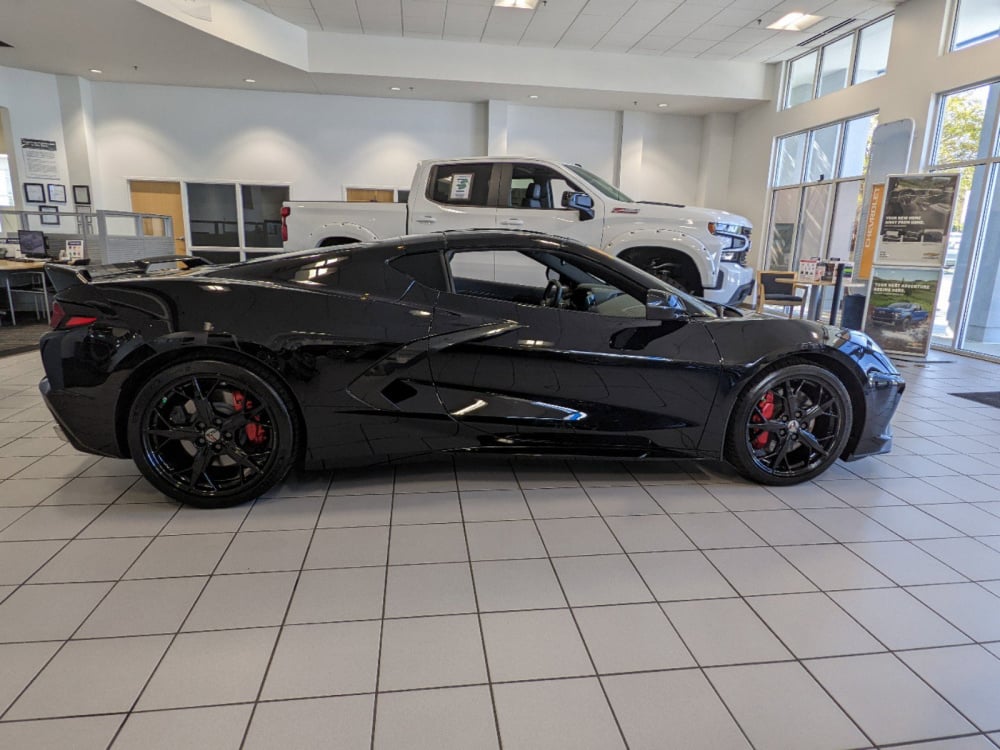