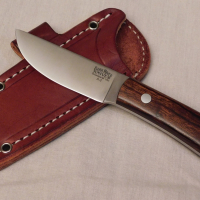 guntech59 Member Posts: 23,193 ✭✭✭
November 2018 edited January 2019 in Gun Rights and Constitutional Law
....that this sub-forum is so dead. There used to be some highly spirited discussion here. IMO, it was better than the GD.

The spirit of Highball and lt496 live on though.