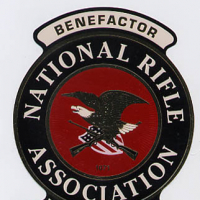 On Wednesday morning, 20 October, IL Attorney General Lisa Madigan will be
joined by IL State Senator John Cullerton and IL State Representative Karen
May at a press conference during which they will introduce the "2005
ILLINOIS ASSAULT WEAPONS BAN." This proposed legislation will include bans
on most, if not all, semiautomatic rifles, shotguns, and handguns. It will
also ban black powder rifles and any other firearm having a bore of .50
caliber or greater. The legislation will also require you to turn in your
guns to the police or face forced confiscation.

THINGS YOU MUST DO IMMEDIATELY:

4. Pass this alert along to all your friends and tell them to make those
phone calls NOW.

5. Please post this alert to any and all Internet bulletin boards that you
may belong to.

Rabid gun grabber and Democratic candidate for U.S. Senate, Barack Obama,
will be making a whistle stop at the Downers Grove METRA station at
approximately 5:00 PM on Wednesday, 20 October. We would like all area gun
owners to be on hand to give Obama a "rousing" welcome to Downers Grove.
Please be on hand at the train station before 5:00 PM. Be prepared to
shout, holler and give gun grabber Obama a piece of your mind. The local
Republican Headquarters is located at 5150 S. Main, they will have signs and
other things you can wave at Obama.

REMEMBER: Gun Control is a disease...YOU are the cure!!

If nobody seen you do it, how could you have done it. NRA Endowment Member, AF&AM, Shriner Life Member, A.B.A.T.E. of Illinois "Chicago Chapter" Founding Member & Board Member
0 · Share on FacebookShare on Twitter