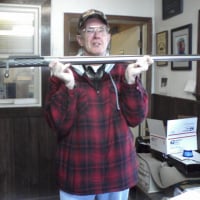 I apologize but because of circumstances beyond my control I can't take the time now to elaborate on above Topic. I implore you if you would to please do some research on it. It was declared "Forever Wild" in 1892 by the "Blue Line". It was set aside for folks just like us. I spent the better part of my life climbing those mountains and stalking whitetails with my hunting partner of 55 years.

The New York State Legislature and our new Governor once again has spit in our face because of the US Supreme Court's decision on Concealed Carry Permits just as they did with the NY State Safe (unsafe) Act of 2013. In the dark of the night, I might add.